This article covers a developing story. Continue to check back with us as we will be adding more information as it becomes available.

The newest trailer for Black Adam contains a significant amount of Easter eggs, references, and new plot details for the upcoming film. While the DCEU movie has been promoted for quite some time, this latest trailer is still very exciting, showcasing the brutal powers of Dwayne Johnson’s titular character alongside plenty of new looks at the movie’s accompanying heroes and villains. However, the new Black Adam trailer largely focuses on Adam himself and whether he’ll use his power for good or evil. A bigger foe is also teased who may convince the ruler of Kahndaq to temporarily join forces with the Justice Society of America.

Chosen to be a magical champion in the DCEU centuries before the Wizard would select Billy Batson to become Shazam, Black Adam fell out of favor with those who gave him his powers, resulting in his imprisonment for several years. Now, Black Adam will see the dictator of Kahndaq reawakening in the modern era, his presence sparking the interest of several figures such as the Justice Society of America and the criminal organization Intergang. However, Black Adam isn’t much for backing down or teaming up, having never claimed to be a hero.

While it seems as though the JSA will want Black Adam to either surrender or join their ranks, this new trailer makes it clear that Adam’s future in the DCEU is far from set. He could just as easily become a villain by the film’s end. To that end, here are all the new Easter eggs and plot reveals from Black Adam’s second trailer.

The new Black Adam trailer begins with a look at Adam’s origins as the former champion of Shazam and the Council of Wizards. Following the murder of his son who died saving him, Black Adam’s desire for revenge saw him unleashing the Seven Deadly Sins upon the world, an act which resulted in his imprisonment for 5,000 years. As such, this initial shot of the trailer sees Adam floating in the ocean (presumably after losing his family). It’s also very reminiscent of Man of Steel and the origins of the DCEU’s Superman, mirroring a similar shot where Clark Kent floats in the ocean prior to his official debut as Superman. 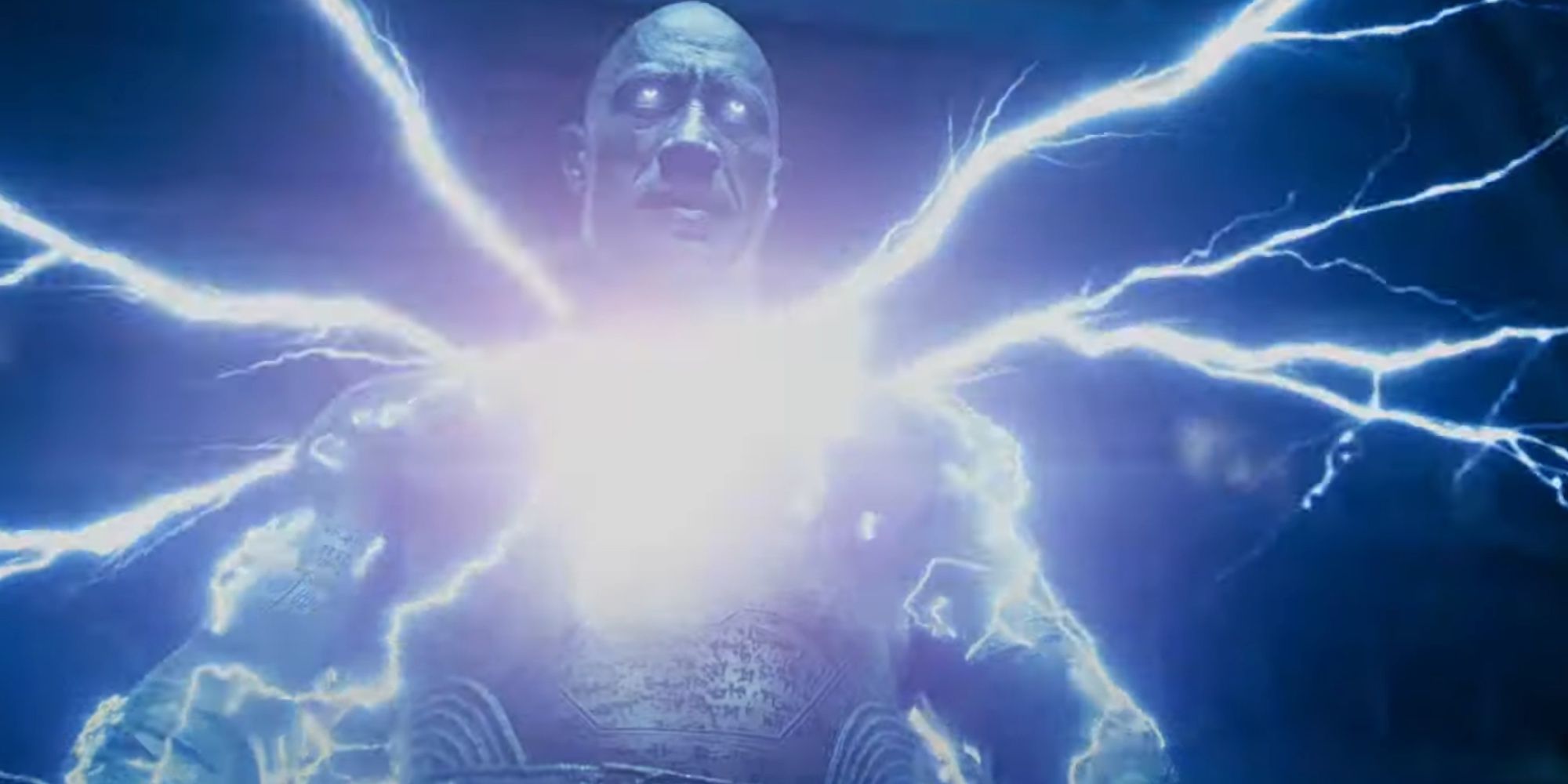 Black Adam also confirms that he believes his powers to be a curse rather than a gift. This perception will no doubt play a major role in the film, informing Adam’s decisions as a brutal conqueror whose abilities came from pure rage and a desire for revenge. However, perhaps the ruler of Kahndaq can be convinced to use his powers to redeem himself, making up for the darkness of his past. 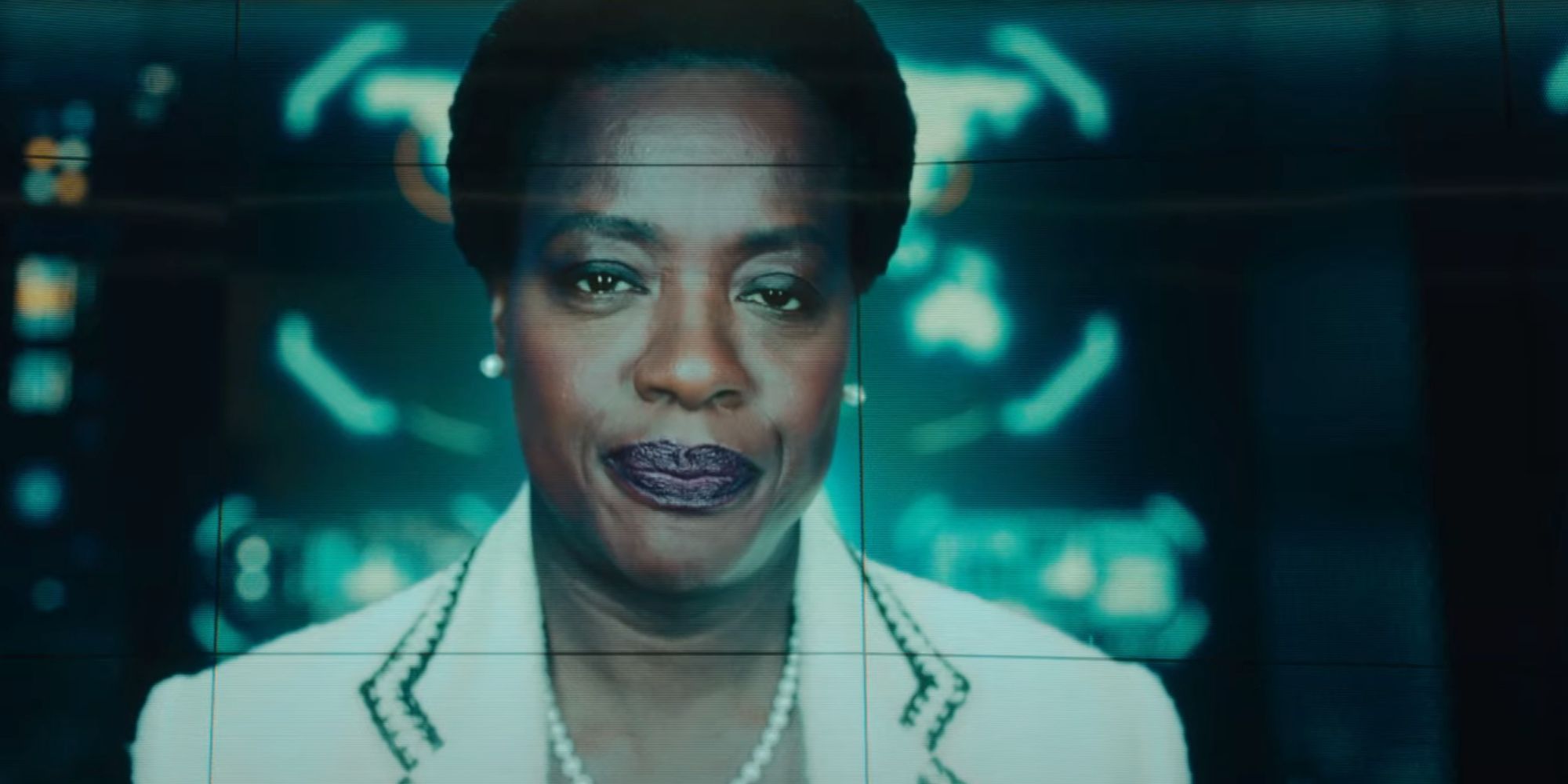 The new Black Adam trailer also confirms Viola Davis’ return as Amanda Waller, director of Task Force X (a.k.a the Suicide Squad). Having connections with the Justice Society of America, the trailer sees Waller promising Hawkman (Aldis Hodge) that a high-security cell will be ready for Black Adam so long as the JSA can successfully subdue and bring him in. As a result, it does seem as though Waller will have a relatively small role in Black Adam though it may lead to potential sequels, perhaps one where Task Force X is deployed to take on the magically-powered ruler of Kahndaq.

Related: Black Adam Can Make Superman Weaker In The DCEU

The Justice Society Boards The Javelin 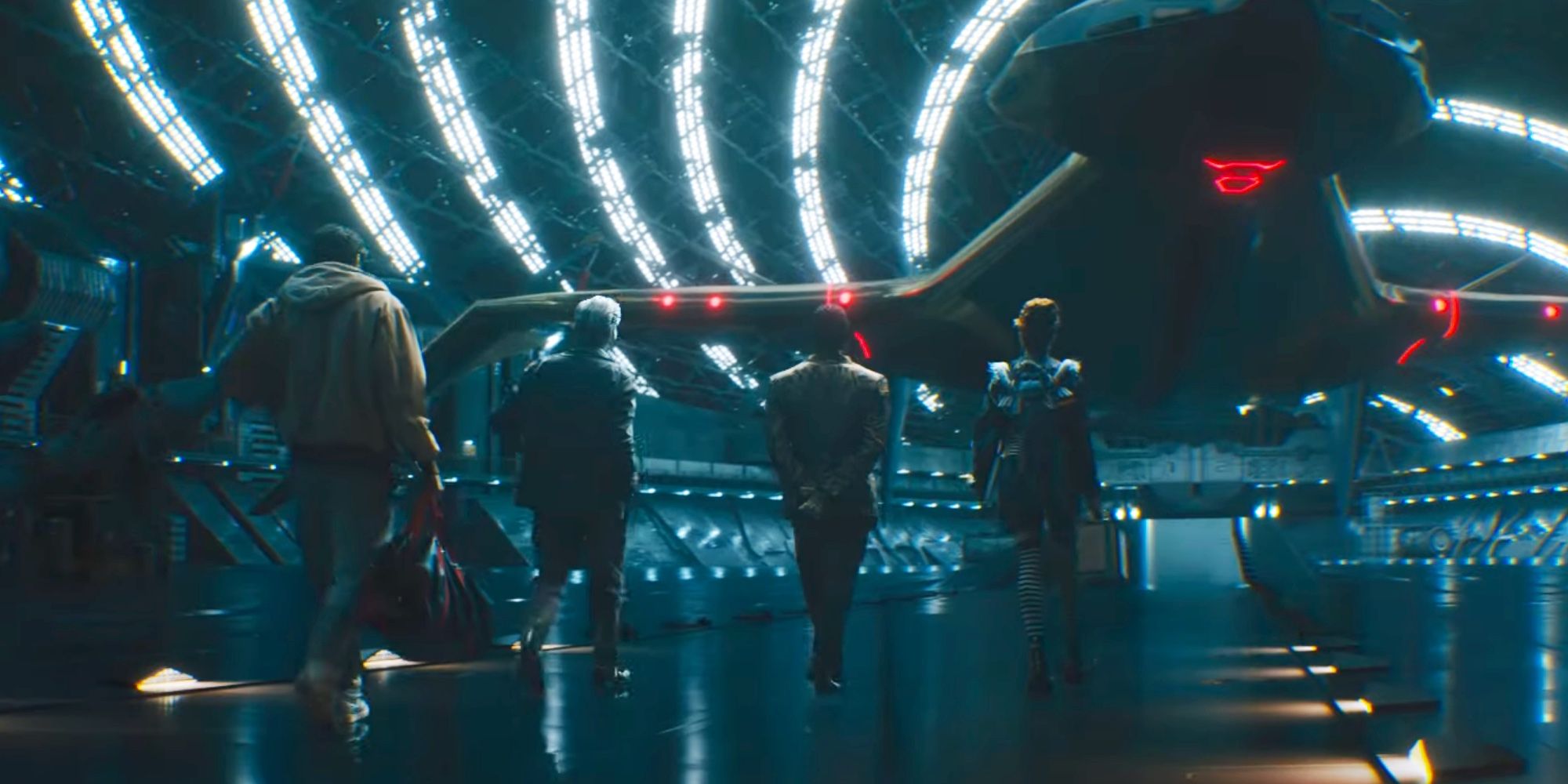 The JSA’s mansion headquarters is also featured along with new looks as their impressive jet (looking very much like a Javelin from the Justice League animated series). Featuring a team of heroes comprised of two veteran members and two recruits, it looks as though taking on Black Adam will be the first field mission for Atom Smasher (Noah Centineo) and Cyclone (Quintessa Swindell). They will, in turn, be mentored by Hawkman and the enigmatic Doctor Fate (Pierce Brosnan).

It’s also revealed that Doctor Fate and Hawkman will initially try to negotiate with Black Adam before any kind of brawling occurs, asking for his “peaceful surrender”. However, Black Adam makes it clear that he’s not the type, confirming that he “kneels before no one“. As such, it looks as though the classic superhero formula of fighting before any chance of a team-up will indeed be featured in Black Adam.