TALLADEGA, Ala. — With a second driver out with a concussion this year, NASCAR Cup Series drivers enter the race Sunday on arguably the sport’s most dangerous track with additional trepidation.

They say they will still make moves at Talladega Superspeedway to try to win — as they get paid to do — but they voiced some frustration with NASCAR’s new Next Gen car two days after Hendrick Motorsports driver Alex Bowman announced he would miss the race Sunday because of concussion symptoms.

Hendrick Motorsports President Jeff Andrews says Alex Bowman did not associate anything he was feeling as symptoms of a concussion until Wednesday night.

Bowman had wrecked early in the race Sunday at Texas Motor Speedway but finished the event. He even drove a few laps in a sprint car Tuesday at a test with Jimmie Johnson, but he did not associate concussion symptoms with the accident until late Wednesday, Hendrick Motorsports President Jeff Andrews said.

Kurt Busch is missing his 11th consecutive race because of a concussion suffered in a crash at Pocono. Both the Busch and Bowman accidents occurred with the rear of the car slapping the wall first.

“You know there’s a higher risk,” said driver and 23XI Racing co-owner Denny Hamlin, who will start on the front row Sunday. “The Talladega wreck here that Kurt took [in April] was a factor in him being permanently hurt, season-threatening or ending this year because of one of the tough hits he took here coming to the line in the spring.

“All these hits add up. They don’t just go, ‘OK, you survived this one, you’re good to go for a next one.’” 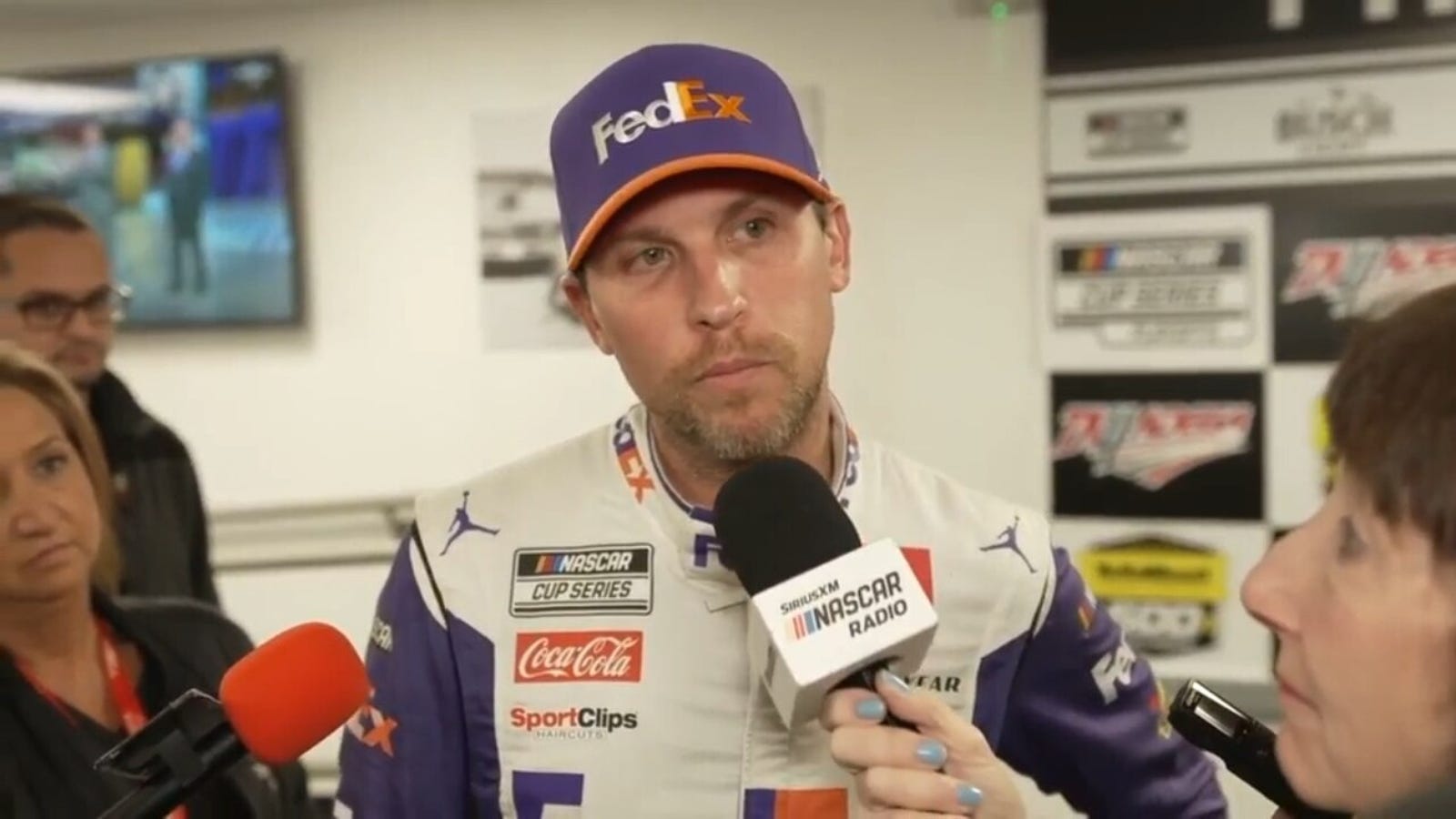 Denny Hamlin believes that NASCAR hasn’t listened to drivers who have expressed concern about the safety of the Next Gen car.

Hamlin and Kevin Harvick have been the most vocal drivers, and both attended a Friday meeting of the drivers council — open to all drivers — chaired by former driver Jeff Burton, who updated them of his conversations with NASCAR.

Hamlin remains the most vocal, saying the issues with the car are the result of “bad leadership” and that there needs to be new leadership from “start at the top and work your way down.”

“When me and Kevin are gone, someone has to step up and be the voice of reason and call things as they are,” Hamlin said. “I know all of these young guys are just happy to be here.

“They ain’t going to be happy to be here when their brains are scrambled for the rest of their lives.”

The younger drivers are starting to speak up, however. Chase Elliott, 26, delivered his strongest comments yet. NASCAR had spent a few years developing the Next Gen car, delaying its roll-out from 2021 to 2022 after the pandemic limited development in 2020.

“You have all of these years of experience, knowledge, time of racing, crashing these cars and teams working on them and building them — it just blows me away that we can have something new in 2022 that offers all of this technology and all of this time and experience of so many super talented people in this sport, and we allow it to go backwards, especially with safety,” Elliott said.

“It’s just super-surprising to me that we allow that to happen.” 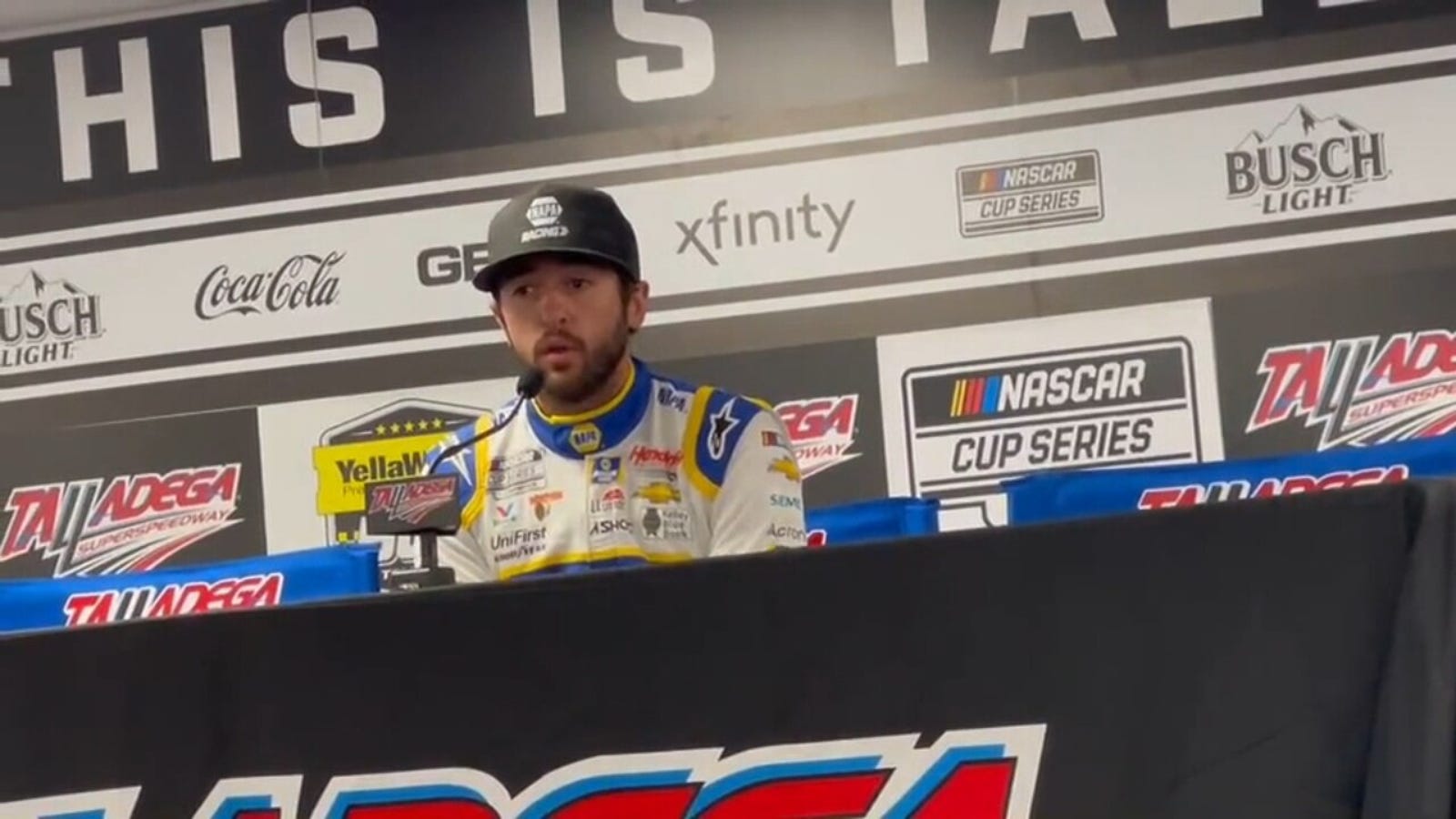 Chase Elliott expressed concern for the safety of the Next Gen car, but said he still has confidence that improvements will be made.

Elliott is the sport’s most popular active driver, so when he says something, it resonates with fans. He said he won’t race any differently Sunday.

“As far as the race goes, unfortunately or fortunately, however you want to look at it, you have to go and do your best to try and win and do all of the same things that you would do in the past to give yourself an opportunity to win the race,” Elliott said.

“I don’t really see that you have a ton of choices, other than just try to trust in the process that things are going to get better and hope we’re taking steps in the right direction, and we’re doing it in a timely manner.”

Another veteran, Brad Keselowski, said he expects drivers to potentially avoid some of the gratuitous moves that could be considered risks.

“Whether they would admit it or not, there’s no doubt you race differently when you are more afraid of getting hurt,” Keselowski said.

“We all have business decisions to make there. … For a while there the racing was so aggressive because no one was afraid of getting hurt. Who knows? Maybe it will come back a little bit, which probably isn’t a bad thing.”

Brad Keselowski on racing at Talladega Brad Keselowski said he wouldn’t expect a single-file race, but maybe some drivers might avoid the more gratuitous moves Sunday at Talladega.

Harvick wasn’t so sure.

“You’ve been here long enough, you know we’re not just going to drive around,” Harvick said. “The competitive nature is pretty high. You have to put all that aside, and you worry about the rest of it when you get done.”

Where does NASCAR go from here? The first step will be trying to regain the trust of veteran drivers.

NASCAR did two crash tests with robotic controls of a Next Gen car at Talladega in October and December last year and a spokesman said it was the most tested car when it came to computer modeling. The spokesman said NASCAR has had nearly twice as many crashes this year in Cup, and the crashes are recording higher in angle and speed.

NASCAR is testing a new rear clip and rear bumper construction in a crash test next week at a facility in Ohio. Any updates to the car wouldn’t come until next year.

“The most important thing to not lose sight of is it’s not just a rear clip,” Harvick said. “It’s a front clip, a rear clip — a front and rear end situation. It’s not just the rear of the car.”

Andrews said NASCAR also is looking at the front bumper construction as well.

Hamlin said he was encouraged by the test, but says more needs to be done.

“It’s the main goal right now for NASCAR to change the rear clip,” Hamlin said. “The car needs a full redesign — front, rear, everywhere. … We threw up red flags over a year ago, and they just didn’t respond.

“They just kept pushing that this race car had to be on the race track at all costs.”

Harvick is skeptical of NASCAR’s responses to drivers because, he said, drivers have complained about how hard the Next Gen wrecks for more than a year (some wrecked in testing) and there wasn’t as much reaction as he would like to see.

“The trust level is obviously not where it needs to be from getting it fixed,” Harvick said. “They’re going to have to earn the trust level back of reacting quick enough to do the things that it takes.

“And the drivers’ opinion, especially when it comes to the safety side of things, has to be more important than the data.”

There is a meeting planned between NASCAR and drivers next Saturday to go over where NASCAR is as far as what the data is telling NASCAR and what NASCAR is doing.

“The frustration lies in we have two guys out and one who can’t walk — I don’t know why it needs to be that way,” said Harvick, referring to Cody Ware, who is racing this weekend with a broken right ankle. “Look at the data. [Ware’s wreck] shouldn’t have been that hard.

Joey Logano on the Next Gen crash test

Joey Logano said crash testing next week is important to make sure any changes to the rear of the car do not compromise the fuel cell area.

The testing in Ohio is necessary to avoid unintended consequences.

“You can’t just say, ‘Hey soften it up,’” former Cup champion Joey Logano said. “Because there are other concerns that can come into play. You have a fuel cell back there.

“You don’t want that exploding. … We have to make sure we have some crumble zones and they’re in the right spots.”

Every Cameo In Bros Explained & What They Mean