Week 5 of the college football season was filled with a little bit of everything.

Fans were treated to thrilling upsets, come-from-behind victories, and plenty of jaw-dropping stats along the way.

The day kicked off with unranked TCU cruising to an impressive 55-24 win over No. 18 Oklahoma. The Horned Frogs totaled 668 yards of offense against an Oklahoma team that looked like a national title contender just two weeks ago.

Later, No. 1-ranked Georgia rallied from 10 points down in the fourth quarter to beat Missouri, 26-22. The defending national champs trailed until the 4:03 mark, when Daijun Edwards plunged into the end zone for the go-ahead score.

With so many upsets, there were plenty of eye-popping stats to help capture the breadth of this fun-filled day. Here are 10 must-see stats and facts from Week 5.

The Ole Miss Rebels defeated the Kentucky Wildcats after a game-sealing play by Jared Ivey and Tavius Robinson.

TCU put on an offensive clinic in the first half, totaling 479 yards of offense. That marked the highest offensive output by any team in a single half this season.

Saturday marked the sixth win Purdue has had over an AP-ranked opponent since Jeff Brohm became the program’s head coach in 2017. In the 10 seasons prior to Brohm’s arrival, the Boilermakers went 2-25 against ranked opponents.

Former Wisconsin coach Bret Bielema and his Illinois Fighting Illini came into Camp Randall and ran all over the Badgers. The 34-10 loss marked the largest home defeat for Wisconsin since 2008, when it lost to Penn State, 48-7.

Chase Brown broke away for a 49-yard touchdown run to give Illinois a 31-10 lead over Wisconsin.

Rutgers jumped out to an early 7-0 lead against Ohio State, which marked the first time the Scarlet Knights have ever held a lead against the Buckeyes in nine matchups. Ohio State tied the game less than two minutes later and scored 28 unanswered points.

Oklahoma State scored 36 points against Baylor, the first time the Bears have allowed more than 30 points in 18 games — the longest such streak in the country.

The Jayhawks improved to 5-0 with the win over Iowa State. Kansas is 5-0 for the first time since 2009 and also broke a seven-game losing streak to the Cyclones.

Despite losing reigning Heisman Trophy winner Bryce Young to a shoulder injury, Alabama still looked near-unstoppable on the offensive side of the ball, cruising to the win over No. 20 Arkansas. Nick Saban is now 16-0 against the Razorbacks, including a win from the vacated 2007 season.

Texas A&M’s offensive struggles continued Saturday as the Aggies managed just 10 points through three quarters. The 109 points Texas A&M has scored so far are its lowest total through its first five games in 30 years.

Texas‘ 18-point win over West Virginia marked the largest margin of victory for the Longhorns in the history of this Big 12 matchup (12 total games played, 11 since 2012). 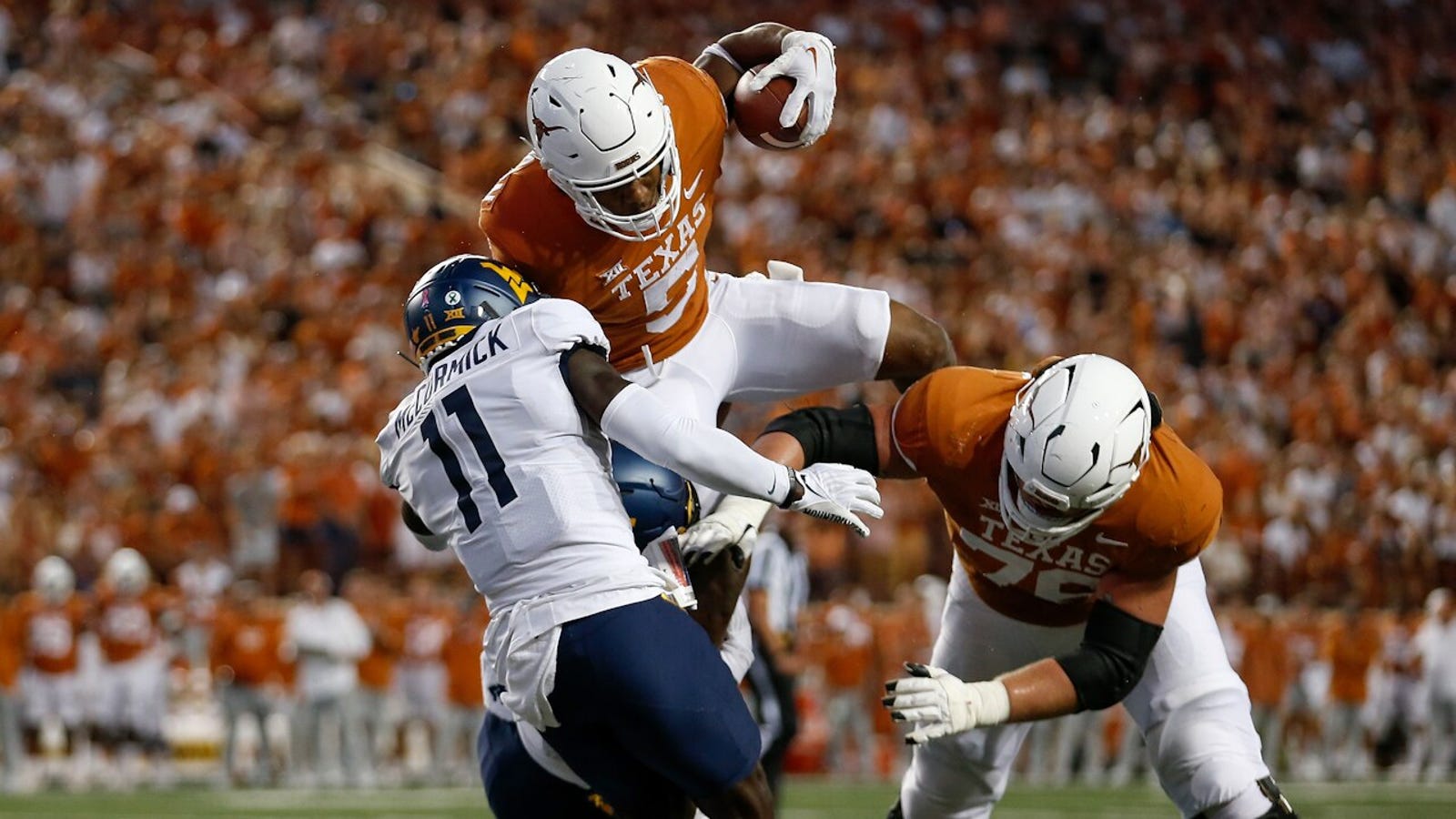 Check out full highlights from the Texas Longhorns’ 38-20 victory over the West Virginia Mountaineers.