Considering his elimination races at Daytona and Bristol this year — at Daytona because of an accident and at Bristol because of a mechanical issue — he has had his fill of adversity for the season.

“I always say that adversity builds character, and we’ve had plenty of adversity the past month,” Blaney said.

The Team Penske driver had another character-building moment Sunday at Talladega Superspeedway, as he saw a possible victory slip through his fingers.

It is pretty much the nature of superspeedway racing that the driver in the lead on the final lap gets passed for the win. And this time, it was Chase Elliott getting a good push past Blaney.

Chase Elliott wins in a wild finish at Talladega to advance to the Round of 8 in the NASCAR playoffs.

Blaney didn’t want to make a move on which he potentially would have to block Elliott because Elliott had too much room to work with to leave Blaney with no pushing help to the finish.

“The worry of getting split is really bad,” Blaney said. “You kind of throw away a chance at the win if you get split.

“I trust Chase [Elliott] a lot. I didn’t trust him enough to not split me when it comes to win the race or hang someone out for playoffs and the win.”

Blaney won the All-Star Race this year but so far remains winless in points races this season.

So it was a mix of disappointment Sunday, as Blaney probably tried to not fret over not winning — and earning the automatic bid to the next round that goes with it — but to look at the day as one in which he earned 45 points.

He enters the elimination race Sunday at the Charlotte road course with a 32-point cushion on the cutoff.

“I’m proud of the finish … and looking decent on points going into the Roval, just having to have a solid day,” Blaney said.

That points cushion should make Blaney feel good, but he entered Bristol last month with a 36-point cushion and then found himself in the garage early in the race, sweating out advancing to the Round of 12.

“We’ve learned a lot,” Blaney said of the adversity. “I think it’s made everyone stronger on our side, toughened everybody up of being able to face adversity and overcome it.

“It’s good to an extent. But you don’t want it to happen all the time. You want to learn from it and move on.”

Blaney hopes to move on to the Round of 8 in smooth fashion Sunday. Few would refute that he deserves a smooth elimination race.

He had to sweat out the end of the regular season and was “out” of the playoffs during a lengthy rain delay in the regular-season finale at Daytona. He then got in after Martin Truex Jr. couldn’t hold his position because of damage suffered in a wreck prior to the rain delay. 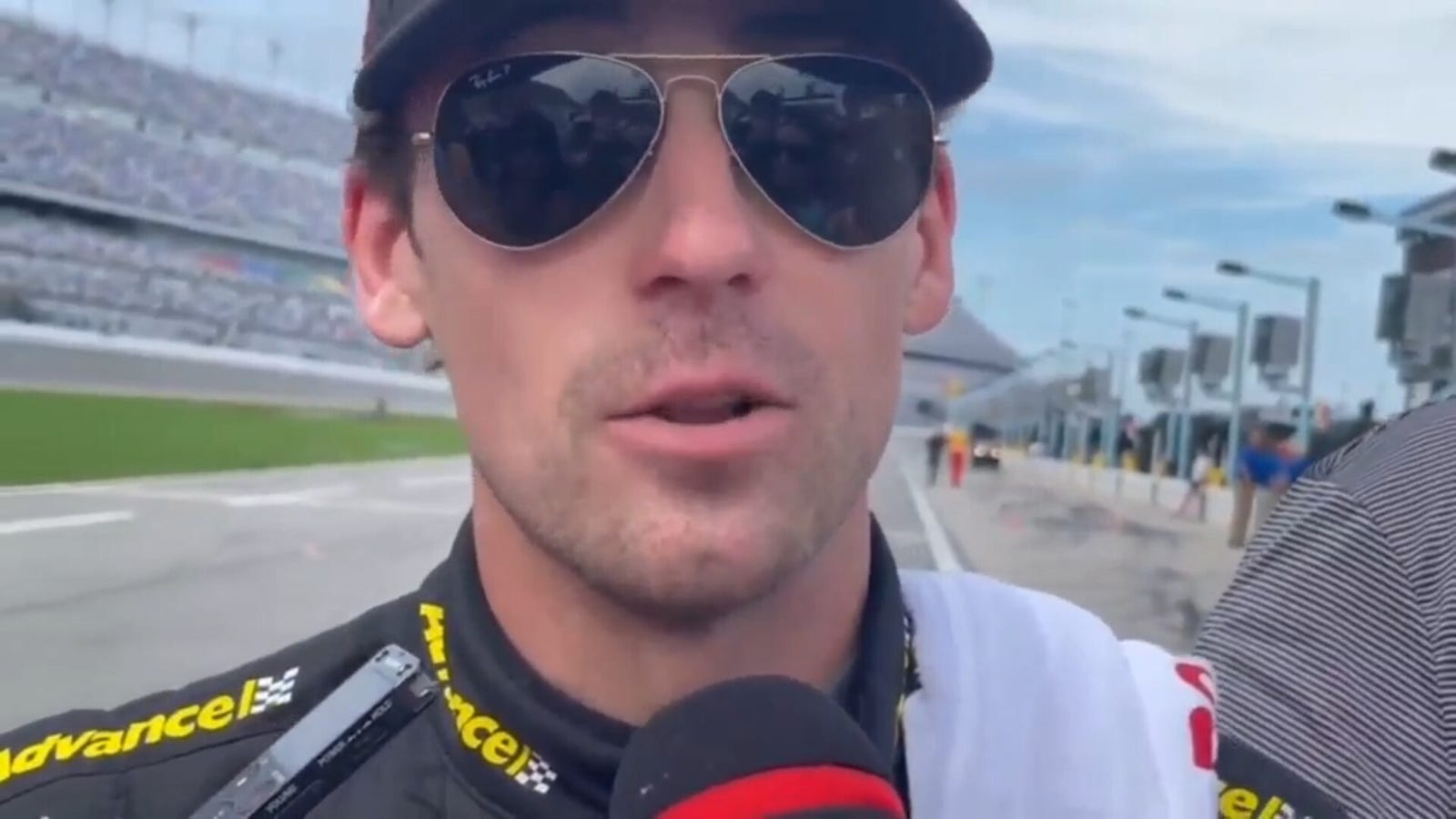 Ryan Blaney says he’s mentally drained after the roller-coaster day that ended with him getting into the playoffs by just a few points.

Blaney opened the playoffs with finishes of 13th and ninth, thinking he’d be good for Bristol. Then a flat tire resulted in damage that nearly put him out of the playoffs until other drivers had trouble.

And adversity hasn’t just meant coming up short; his second-place finish at Talladega was his 10th top-5 of the season. Blaney is also without his crew chief and two key crew members, who started four-race suspensions at Talladega because of a wheel that came off the car at Bristol.

Blaney said he worked well with interim crew chief Miles Stanley at Talladega and was pleased with the new jackman and tire changer.

“It definitely gets them ready for weeks to come, for sure,” Blaney said. “[At Talladega] is a bunch of strategy that goes on to an extent, but there’s not a ton of [pit] stops.”

While Blaney knows, as a competitor, that he must perform with his back against the wall, he doesn’t relish the three-race playoff rounds in which it seems most drivers feel on the brink of elimination at some point.

“It’s not a ton of fun, to be honest with you,” Blaney said. “You want everything to go smoothly. You never want anything to be difficult.

“You want everything to be easy. But you’ve got to know that things are going to be hard sometimes, and you have to face them. That part’s not fun.”

What is fun is knowing that so far, even with only the All-Star win, his team has made it through.

“Afterward, when we do climb out of the hole or situation that we’re in, that’s fun to look back on, like, ‘Man, everyone did a good job of coming together there,’” Blaney said.

“That’s fun to look back on when it goes right. I want some nice, relaxed, smooth races. This team deserves that.” 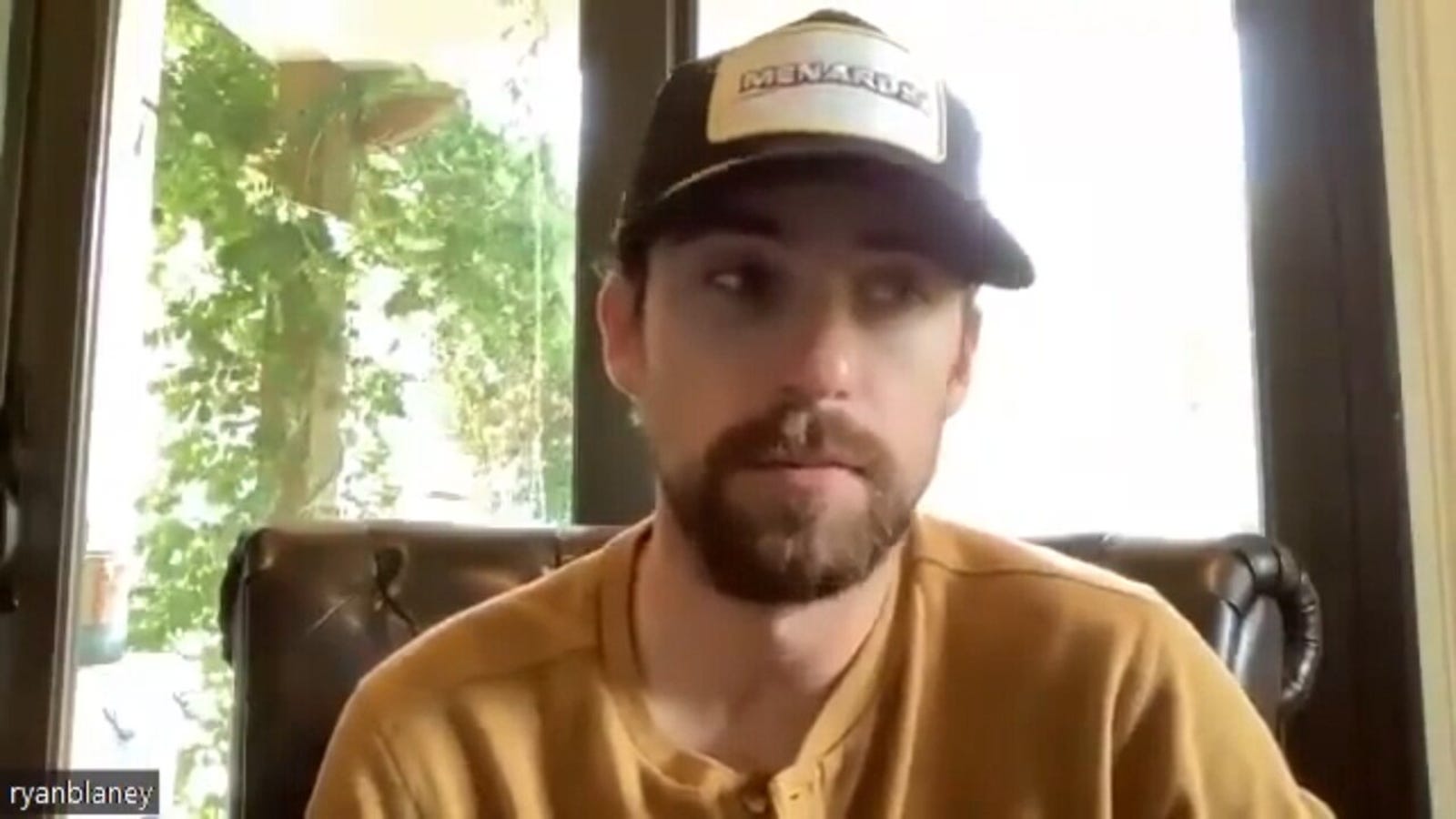 Ryan Blaney discusses the challenges he has faced in the playoffs and the substitutes on his crew.

Hendrick Motorsports is appealing the William Byron penalty, and that appeal will be heard later this week. Hendrick has won some past appeals, but this will be a tough one to win.

The NASCAR rulebook says that among the penalties for intentionally wrecking another vehicle and manipulating the championship, a penalty of 25 to 50 points can be issued.

NASCAR likely will argue that it chose the low end of a penalty, while Hendrick will argue the penalty was excessive because it cost more points than if Byron had been parked for the race. 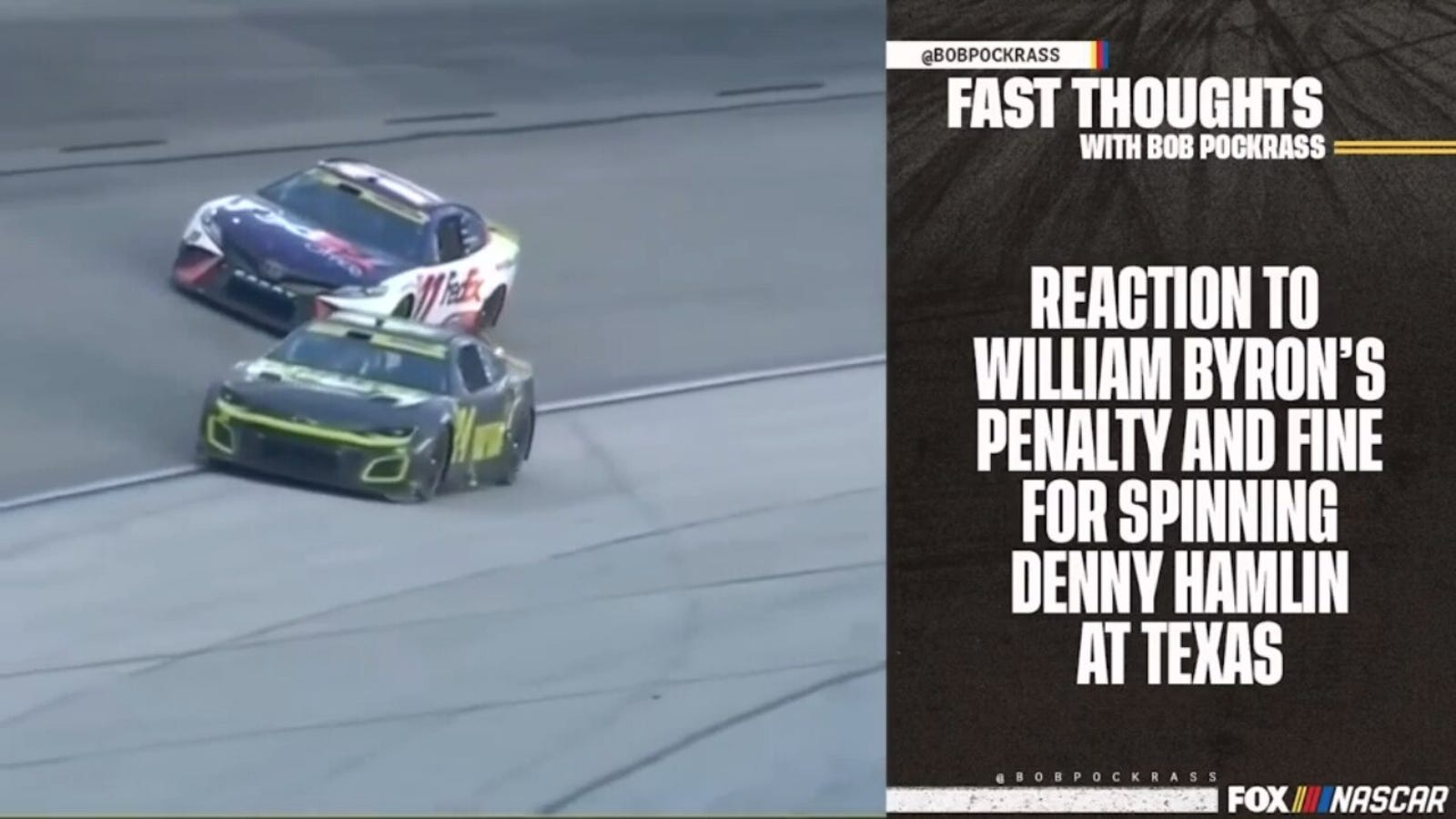 Stat of the day

Chase Elliott has 46 playoff points, 21 more than any other driver — a pivotal stat that could make a difference as far as Elliott qualifying for the championship race.